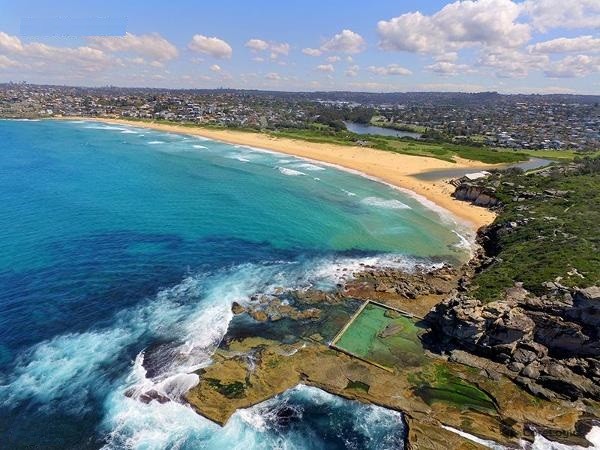 Curl Curl may be derived from the Aboriginal phrase ‘curial curial’ meaning river of life. Curl Curl Lagoon separates North Curl Curl and Curl Curl. The northern dunes were partly removed during the war and finally returned to a somewhat natural state in the 1980s. North Curl Curl still has a relatively natural appearance.

North Curl Curl’s original lure was its lagoon and beach. The beach is safest and most attractive in the northern corner during summer and is popular with families.  North Curl Curl Surf Life Saving Club was founded in 1922 and is a volunteer community service patrolling from September to April each year.

Other attractions to North Curl Curl are a beautiful headland track taking you round to Dee Why Beach & cafes, enjoy a day at the beach, walk around Curl Curl Lagoon and children’s parks, enjoy the rock pools around North Curl Curl surf pool.