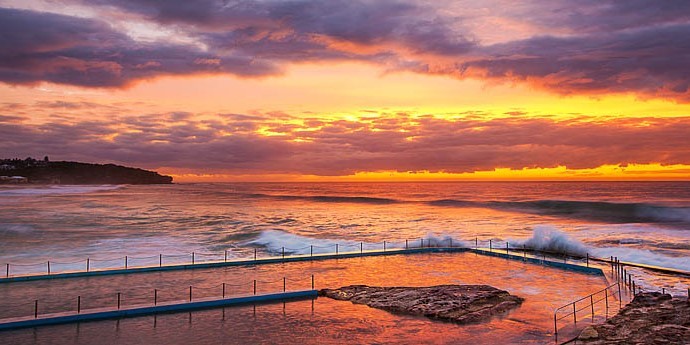 Curl Curl better known as ‘Curly’ is a suburb of the Northern Beaches and is located 18 kilometres north east of the Sydney central business district and Warringah Council is the local government.

North Curl Curl’s original lure was its lagoon and beach. The beach is safest and most attractive in the northern corner during summer and is popular with families.  North Curl Curl Surf Life Saving Club was founded in 1922 and is a volunteer community service patrolling from September to April each year.

South Curl Curl Surf Life Saving was established in 1918 and has volunteer lifeguards patrolling Curl Curl Beach from October to April each year.

Stewart House is located on Carrington Road across from South Curl Curl Beach. It is a hospital, a charity and a school. It provides students with an opportunity for a break from their current circumstances. Over the years, more than 150,000 children have benefited from a stay at Stewart House.

Harbord Bowling Club is nestled in the back streets of Curl Curl opposite John Fisher Park & Weldon Park. It has a strong membership of locals and often holds tournaments. With substantial parking, a large open room and quality food and wine packages, it is popular as a function venue for celebrations, corporate bowls events days and weddings. It is also a popular spot for the locals to catch up and have a good feed.